GKL, walk together with you!

The function and importance of led display module in shenzhen

What are the functions and importance of Shenzhen led display module?

With the development of the optoelectronic industry, the application of LED display screens is becoming more and more extensive. LED modules are products that arrange (light-emitting diodes) together according to certain rules and then package them, plus some waterproof treatment. It is the core part of the LED display, simply using a circuit board and a housing with LEDs to become an LED module.

The complex ones add some control, constant current source and related heat dissipation treatment to make the life of LED and luminous intensity better.

Color: This is a basic parameter, and different colors are used in different occasions. According to the color type, it can be divided into two types: monochrome and full-color single-point control. Monochrome is a single color that cannot be changed. Plug it in and it will work.

Full-color single point means that the color of each module can be controlled. When the number of modules reaches a certain level, the effect of displaying pictures and videos can be realized. Full-color single-point needs to be added with a control system to achieve the effect.

Voltage: This is a very important parameter. At present, 12V low-voltage modules are relatively common. When connecting the power supply and the control system, be sure to check the correctness of the voltage value before powering on, otherwise the LED module will be damaged.

Working temperature:: That is to say, the temperature at which the LED works normally. Usually the temperature is between -18°C~+58°C. If the required range is relatively high, special treatment should be carried out, such as adding air conditioners or exhaust fans.

Brightness: When it comes to brightness, we think of the word high brightness. This parameter is a parameter that people pay more attention to. 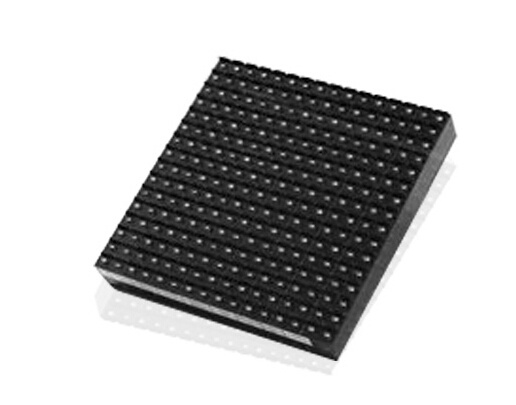 Brightness is a more complicated issue in LEDs. The brightness we usually refer to in LED modules is usually the luminous intensity and transparency, which are generally obtained by adding the degrees related to each module.

Waterproof level: This is mainly for outdoors. This is an important indicator to ensure whether the LED module can work outdoors for a long time. In general, it is best to have a waterproof rating of IP65 in the open air

Size: This is relatively simple, which is what is commonly referred to as the length, width, and height.

The maximum length of a single connection: We use this parameter a lot when doing large-scale projects. It means the number of connected LED modules in a series of LED modules. This is related to the size of the connecting wire of the LED module. It should also be customized according to the actual situation.

Power: According to experience, it has a special empirical formula:

The power of the module = the power of a single LED * the number of LEDs * 1.1 and above are the basic parameters of the led module. Usually, customers should pay attention to this problem when buying an led display. It can also be used to judge whether it is suitable or not. Your needs are up.

LED lighting industry will welcome the era of "modularization"

LED lighting industry will welcome the era of "modularization"

What is the quality of LED products on the market? A few days ago, the Jilin Provincial Industrial and Commercial Bureau entrusted the Jilin City Industrial and Commercial Bureau to conduct spot checks on the LED lamps produced and sold by 28 enterprises in Zhongshan, Foshan, Shenzhen and other places in Guangdong. In this product quality spot check, indicators such as signs, lamp power, initial luminous efficacy, power factor, color characteristics, insulation resistance, and dielectric strength were tested. Among the 59 groups of samples, 43 groups of samples were judged to be unqualified, and the unqualified rate was 72.88% (commodity quality spot checks and inspections by the industrial and commercial departments have certain pertinence, and the test results do not represent the overall quality level of market-circulating commodities).

From the end of August to the beginning of September 2017, at the LED Exhibition in Tokyo, Japan, the Guangke Pavilion reported on the spot:

Optics Lighting has reached a comprehensive partnership agreement with GOQ of South Korea!

At the beginning of December, our company reached a comprehensive partnership with the world-renowned light source supplier - Korea's largest module manufacturer GOQ. Guangke Lighting is committed to the research and development-production-sales of light sources in the advertising industry, and is willing to be the inventor of industry products. Not followers, plagiarists.

In the process of production, there will always be a phenomenon that some lamp beads cannot be lit when they are tested after the board is pasted. To make a summary for this phenomenon: the lamp is dead during the welding process.